March is not only the month of International Women’s Day, but also marks the birth and death of a remarkable woman, whom we want to celebrate today. Vera David was a brilliant mind and rebel spirit, Herman’s creative collaborator and life partner for over 30 years, and our mother. Today we wanted to talk about her and the creative role she played, from the early days of street theater festivals and painting actions to Art in Nature.

Some of the most poetic and poignant artworks in the landscape grew out of Vera and Herman’s partnership. Parler de la nature c’est parler de l’amour (To speak about nature is to speak about love), a homage to the cedar forest of Luberon (France, 1996). This artistic-literary work was inspired by “the on-site experience and atmosphere of the cedar forest … a gentle intervention in which metamorphosis will gradually dissolve the materials into the forest, leaving almost no trace.” (V. David) 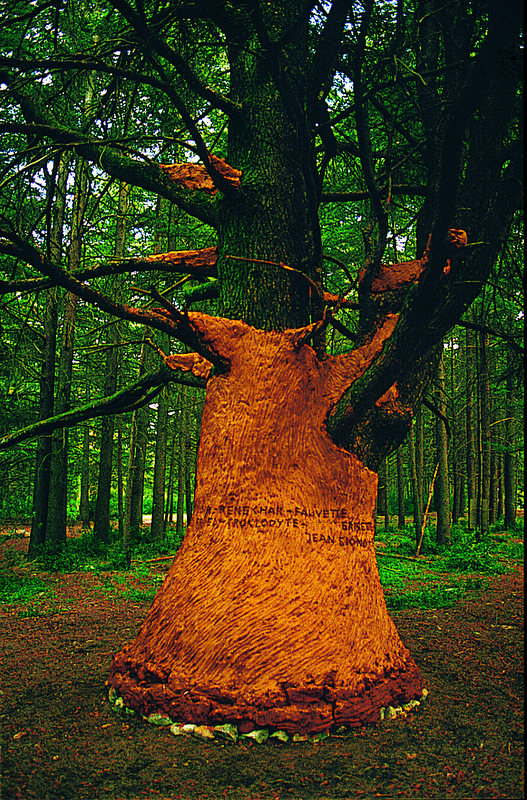 The Typhoon Came (Shikoku, Japan, 1997), another direct collaboration between Herman and Vera, was a site-specific intervention that used found materials — cedar trunks damaged by a typhoon and bamboo stems. The site was chosen during a walk through the forest.

Vera was also an integral part of the workshops that she and Herman organized with art students, subtle interventions in nature that introduced them to new experiences of landscape, the idea of sculptural places, and walking, seeing and connecting with the materials on a sensory level as exercises in perception. 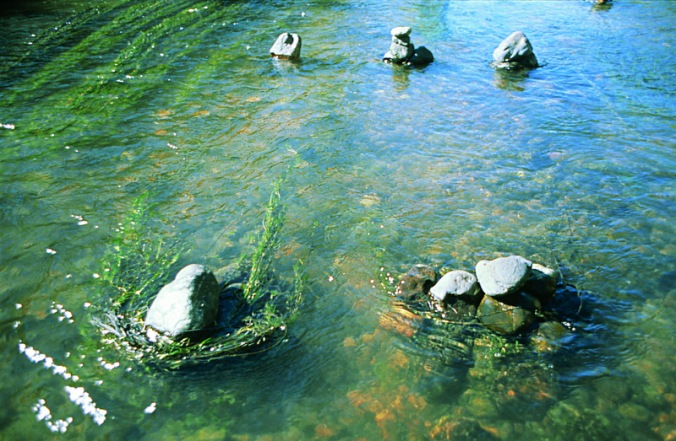 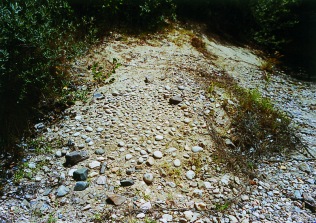 “The sensitizing of attentiveness, wakefulness, are prerequisites for creative work.”

Vera and Herman shared a creative conversation that spanned decades. They exchanged ideas. They loved, supported and challenged each other. They debated and discussed and dreamed together, creating the intellectual and artistic foundation that informed their joint body of work, as well as everything Herman did on his own. Theirs was a love story that permeated every aspect of their lives. She is as much a part of this artistic legacy as he is.

This site uses Akismet to reduce spam. Learn how your comment data is processed.